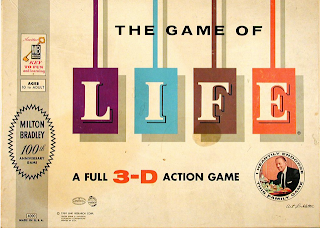 It was smart, it was articulate, it was oratorical. It was, it was all the things the educated, ruling class wants their members to be and sound like.

Limbaugh spoke these words while accusing conservative Fox News commentator Charles Krauthammer of "slobbering" over the president's call for unity in the face of tragedy. Krauthammer's acid response ("I find it interesting that only the ruling class wants a president who is smart, articulate, or oratorical in delivering a funeral oration") was correct enough, but missed the larger point and ironically played into Limbaugh's hands: His arch, sarcastic words put himself in the role of a disdainful elite who sneers at the dittoheads who represent the real America.

I have no doubt that Limbaugh's remarks were thought out and planned in advance. He knew that he was speaking to and for a responsive audience that resents President Obama's education and intellect and, by extension, the supposed condescension and snobbishness inherent to liberalism. So, if Limbaugh was on safe ground by accusing the president of intelligence, fluency, and eloquence, he speaks for people who self-identify as being none of those things, people who see themselves as uneducated, tongue-tied, and coarse.

People who are self-loathing.

People who may wrap their ugly self-image in the ribbons and bows old-fashioned 1950s values, but whose rage belies the plain-spokeness they think they're conveying.

People who deep down -- or maybe not so deep down -- find it awfully tough to swallow the reality that the black son of a single mother has run laps around them in the game of life. This is even tougher to ingest than a similar reality about a small-town boy from Arkansas raised by a single mother, and that went down about as smoothly as a dreadnought.

People who believe that their guns actually serve as a bulwark against government tyranny, a pathetic delusion if there ever was one. A real tyrant -- a Hitler or a Stalin -- would chew these guys up, spit them out, wipe his mouth with the 2nd Amendment, and take about three seconds to forget what had happened. I've seen the people who frequent gun dealers: They could stand up to the Gestapo or the NKVD about as well as I could protect Drew Brees's blind side.

And the country has let itself be held hostage to this.

And in fact it was this very segment of society that the cynical inner ring of the National Socialists - and especially that master manipulator Joseph Goebbels - targeted and whipped into a frenzy against the Weimar government. History is repeating itself before our very eyes.

RE: Limbaugh's critique.
If Limbaugh had gone on with his list, I'm sure the next adjective would have been uppity.

Re: the masses Limbaugh whips up.
This is so good, I had to share it on my blog. See "For the crime of presidenting while black." Hope you don't mind. Glad you've decided to come back to your roots once in a while!

This is really good. Thanks for your intellect. (I happen to appreciate intellect wherever I find it. I know...it's probably un-American) I wish I could have been as eloquent but I'm not even going to try, I'm just going to link to this on my own blog.

The rest of the, dare I say, civilised world looks askance at your country's crazy gun laws. As you pointed out, what an idiotic notion than possessing guns protects you from a rampant government.

Well said. I can only ditto Roy's comment and maybe add the old cliche about history repeating itself.

Excellent piece, my friend. The fact that Limbaugh has the size audience that he does is absolutely chilling.

Just finished watching this elegant, articulate, handsome, passionate (and FUNNY, he was funny!) President demonstrate that he is on a roll from the Tucson Memorial speech. While John Boehner sat behind him trying to keep his face from screwing up into the universal expression of disgust and boredom. What a contrast!

Eat your heart out, teabaggers.

It frightens me that there are so many followers of Rush Limbaugh and his ilk. I would have expected him to be so discredited by now that no one would listen. Instead, the opposite happened.

Give me an intellectual who can reason over Joe Sixpack any day.