Interview with Reggie Scanlan of The Radiators (Part 2) 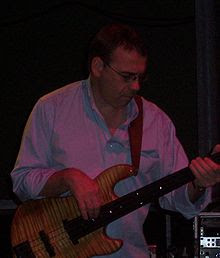 Last Tuesday, I posted Part 1 of my interview with Reggie Scanlan, bassist for New Orleans' beloved rock band The Radiators (www.theradiators.org). Among other things, we discussed the roots of New Orleans music; Wild & Free, the CD celebrating the band's 30th anniversary, and the impact and importance of Hurricane Katrina to the New Orleans music scene. We went on to discuss the longevity of the Radiators, why New Orleans musicians are such terrific guest performers, and life on the road.
You guys have been together for a long time – we’re talking Z. Z. Top territory here.
Los Lobos might be the only band that’s working continuously longer than us. They’re great guys.
Tell me, what do you know now that you wish you had known then?

I wish I could have played then like I play now!

Have the Radiators ever come close to breaking up?
I would say yes.
What happened?
We’ve never had artistic differences. Katrina was a real fly in the ointment, but it almost made us feel like the band was the one place we could put it behind for a couple of hours. We had issues with a manager once. There were different opinions of how it should be dealt with. Other than that, there’s never been an issue.
We’ve always had gigs, and it’s hard to find a guy who writes songs as well as Ed. He expects other to bring something to song. Ed cut the band in for a slice of the songwriting business and that helped the band stay together as a band.
We have never had a plan. Originally, we wanted to stay together a year. When we were with CBS the specter of being in business loomed: We suddenly needed attorneys and booking agents. When that ended, we reactivated own record company and kept moving. We expected a certain amount of fan attrition from people who liked one song, but we found a niche. 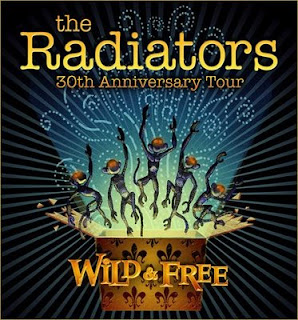 Often the presence of "special guests” on an album is the kiss of death. It almost invariably suggests a cover for a lack of anything interesting musically. But I’ve discovered that it’s the opposite with New Orleans artists, that a guest performer typically enhances the sound. Warren Haynes and Theresa Andersson provide perfect examples of this on your Live at 2006 Jazz Fest recording…
We played Warren’s wedding.
Why do you think that this the case?
New Orleans is incestuous: Everybody plays with everybody else. When they play with you, it’s “what song are you going to do?” People bring their ears. I played with the Mardi Gras Indian Orchestra and it sounded like we had rehearsed for weeks when we had barely rehearsed at all. There’s a whole book of New Orleans tunes. Everybody knows The Meters, James Booker, Earl King…someone calls out “Hey Pocky Way” and everyone can play it. There are fifty or so songs like this.
The Radiatiors have used the Bonerama horn section with no rehearsal. We told them to just come up with a horn part. They’ve played with us so much over the years they have something in their head.

Who over the years have you especially like working with?
I love playing with Michael Skinkus, a percussionist. We work together in Ed’s side band. George Porter and the two bass thing…he’s one of the guys I grew up listening to and learning from. I like playing The Meters part while George is off playing something else.

In the dedication you wrote for Wild & Free, you thank WWOZ for “letting me bore listeners with road stories when they could have been listening to more tunes.” Go ahead: In closing, bore me with a road story!
I was in St Petersburg [Florida] a few days ago. We did a gig there and were staying on the beach. We pulled over to a Church’s Fried Chicken at 1 a. m. and the driver got off. All of a sudden a six-and-a-half-foot black woman in short shorts gets on saying “I know Michael Jackson is on this bus.” She’s already walking down to the back of the bus and starts taking clothes off, then talks about how she wants to get in a bunk with all the men. Our driver, who is little guy but tough, got back and had to wrestle the woman down the bus and get her dressed when he was one-third her size. He finally got her off bus. We learned to keep door shut!
Here, The Radiators perform "Walkin' The Dog" and "Chicks Too Young To Fry" at a private party in 2007:
Posted by K. at 9:20 AM

Really good-- at least as good as part 1. I like the sort of material you usually post a lot, but I wouldn't mind seeing more interviews (musician or otherwise) from time to time. Kudos.

Thanks! I sort of stumbled into this one. Some music reviews I wrote somehow came to the attention of The Radiators manager and he contacted me about an interview. I can't tell you what a nice guy Reggie Scanlan is -- not an ounce of pretension to him. I do know a couple of pretty accomplished Seattle musicians who might consent to an interview.

I like the road stories. Make that a regular question. You might also ask about playing ribs on people.